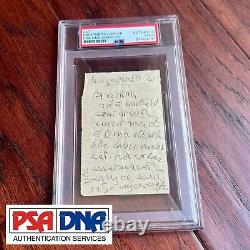 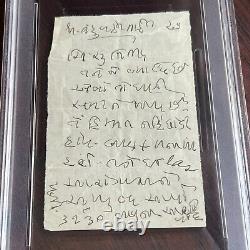 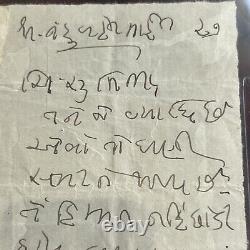 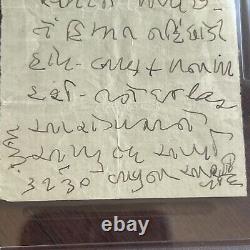 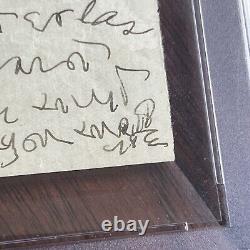 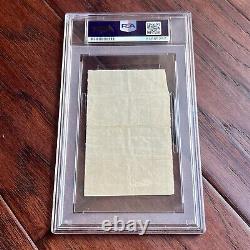 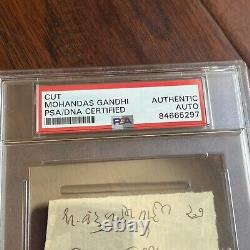 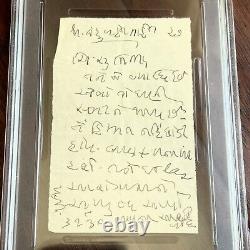 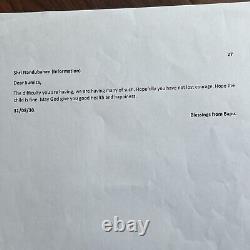 Legendary Indian political leader known for his non-violent style of protest GANDHI entirely handwritten note written from Prison checking in on friends. According to the translation we received with the letter, Gandhi wrote this letter on August 31st, 1930, during his incarceration for his participation in the Salt March. The Salt March was one of Gandhi's most memorable civil-disobedience campaigns. Starting in March of 1930, Gandhi protested the British monopoly on salt (a staple of the Indian diet) by marching across India and making salt from seawater in direct defiance of British law.

For his actions, on May 5th, 1930 Gandhi was arrested and was not released from jail until January of 1931. The difficulty you are having, we are having many of such. Hopefully you have not lost courage. Hope the child is fine. May God give you good health and happiness.

GUARANTEED GENUINE - simply one of the finest GANDHI autographs available on the market. A high quality investment piece. Letter originates from the personal collection of Dr. Kanuga, Gandhi's personal long-term physician and friend. Note measures 4"x2.5", overall encapsulate measures 7.25"x4.25". Note is in great condition for its age, some fraying at the top otherwise very fine condition. This item is in the category "Collectibles\Autographs\Historical".

The seller is "signaturist-ink" and is located in this country: US. This item can be shipped to United States, Canada.