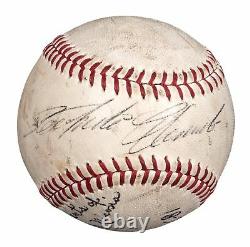 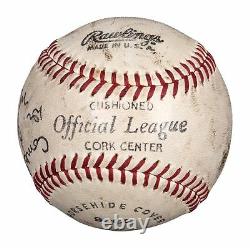 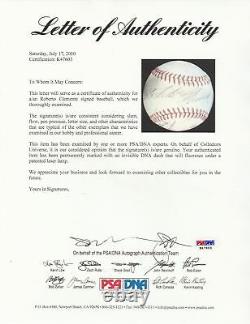 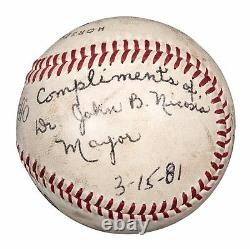 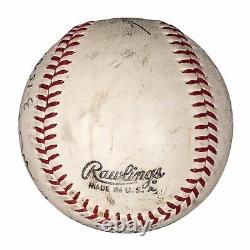 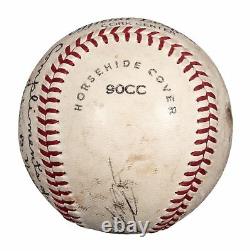 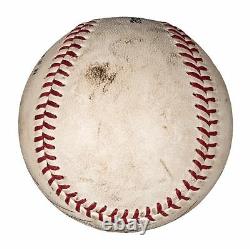 Roberto Clemente Single Signed Autographed Baseball PSA DNA COA. Roberto Clemente was The Man in Pittsburgh for 18 seasons of Pittsburgh Pirates baseball. The talismanic right fielder led the Buccos to two iconic World Series victories, winning the World Series MVP in his second championship season. The National League MVP in 1966, Clemente combined lethal hitting and a take no prisoners attitude with aplomb. Clemente was no slouch in the field, either, winning 12 consecutive Gold Gloves for his stellar defensive play in the cavernous outfield of Forbes Field and had what was considered one of the best arms in history. Clemente collected the 3,000th and final hit of his career on September 30th, 1972, in only his 2,432nd career game. Tragically, Clemente would never reach 3,001, as he died in a plane crash into the waters of the Atlantic Ocean while attempting to deliver aid to earthquake victims in Nicaragua. Due to the circumstances of his death, the Hall of Fame chose to waive their five-year eligibility requirement, inducting the great Pirate into the Hall almost immediately. Clemente signed the sweet spot of this Rawlings Official League baseball in black pen. On the south panel, is inscribed Compliments of Dr. Nicosia / Mayor / 3-15-81. This item comes with a Full Letter LOA from PSA/DNA. We specialize in sports autographs and memorabilia. We have one of the largest selections of baseball autographs in the country.

The seller is "showpiecessports" and is located in Deal, New Jersey. This item can be shipped to United States, Philippines, Cayman islands, Canada.